A Tribute to Jerry 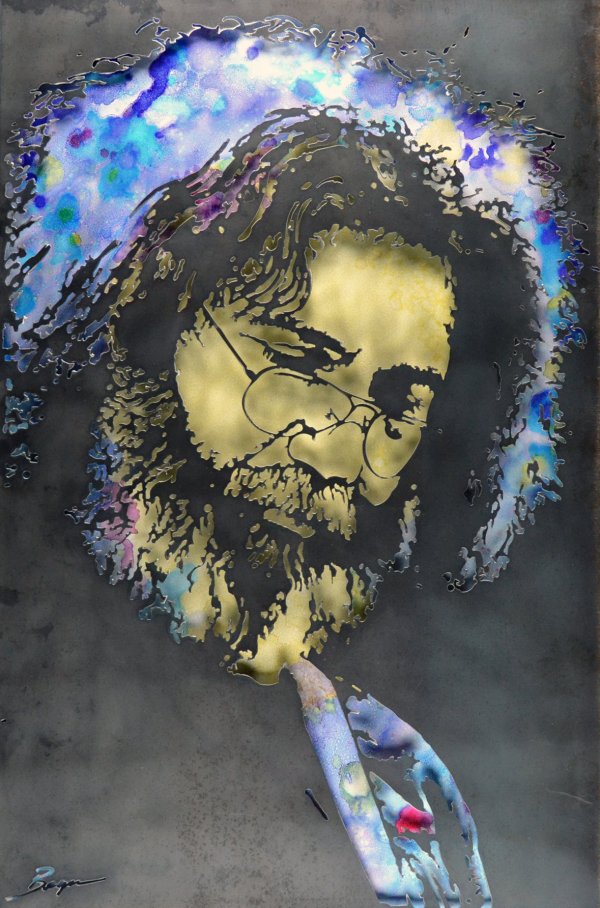 In 1965 Jerry Garcia formed a band that became the legendary group called the “Grateful Dead”. The Grateful Dead made rock and roll history and developed its own culture of followers affectionately referred to as “Dead Heads”. The Grateful Dead was inducted in the Rock and Roll Hall of Fame in 1994. On August 13, 1995, Jerry Garcia was celebrated by 25,000 friends and family at a public memorial in Golden Gate Park, San Francisco, California.

This original, wall-hanging sculpture incorporates transparent dyes and aluminum as the background, with the face done in steel. Year completed: 2013.